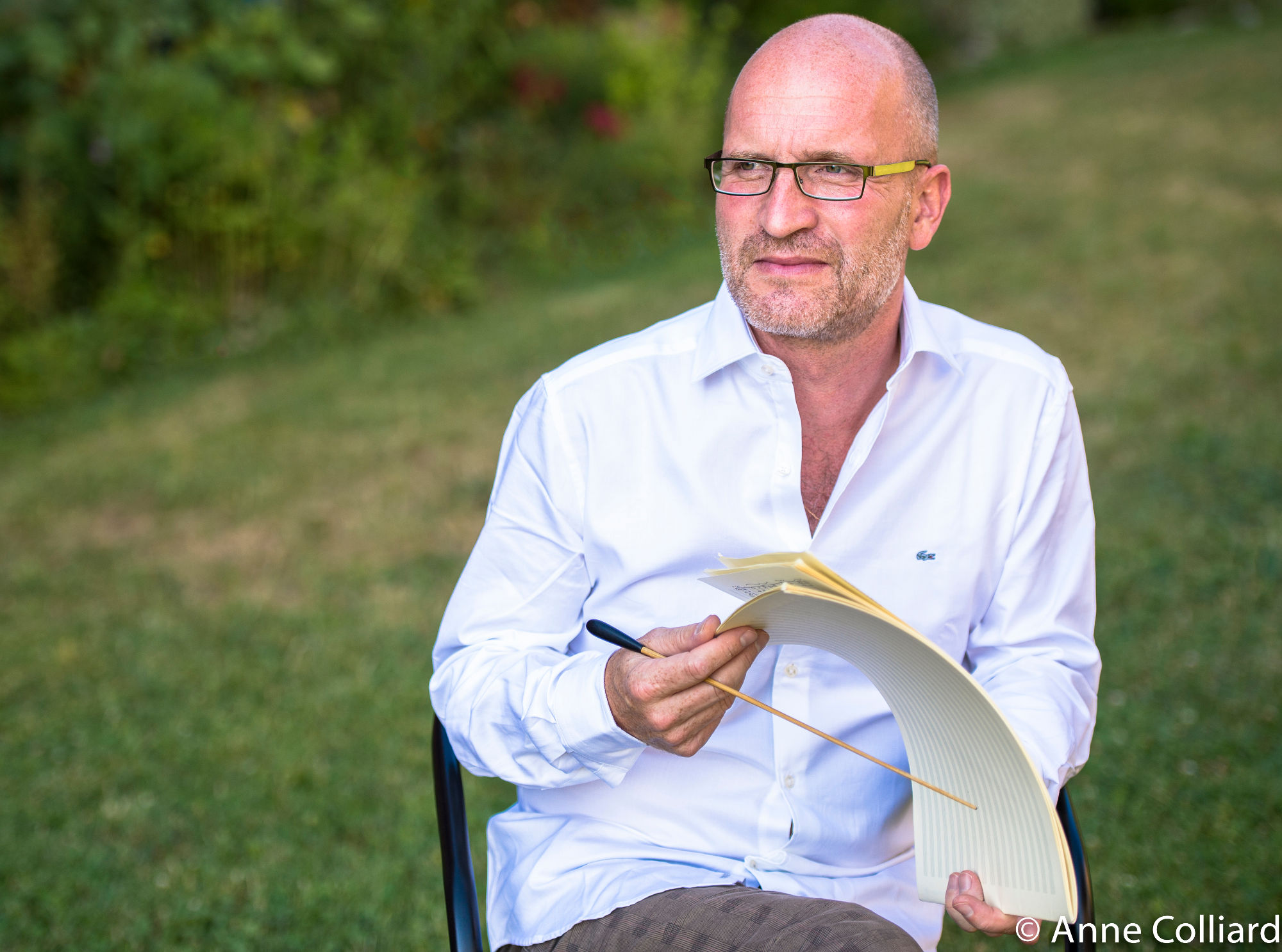 A soloist, composer, conductor and teacher, Gilles Colliard is a complete musician.

Born in Geneva in 1967, Gilles Colliard studied the violin at the “Conservatoire Supérieur de Musique”, where he was awarded first prize for virtuosity in Jean-Pierre Wallez’ class before moving on to improve his technique with Tibor Varga.

From the age of 15 he performed worldwide as a soloist and chamber musician.
He played concertos by Mozart, Bruch, Brahms, Tchaikovsky, Dvorak, Beethoven, Paganini, Bartok and Mendelssohn with the Orchestre de la Suisse Romande, the London Soloist Chamber Orchestra, the Bohemian Philharmonic Orchestra, the North Carolina Festival Orchestra and the Budapest Concentus Hungaricus at the Victoria Hall in Geneva, the Queen Elizabeth Hall in London, the Moscow Conservatory, the Frederic Chopin Academy in Warsaw, etc.).

At an early age, his love of baroque music led him to study the repertoire in depth using period instruments. He founded the Amarcordes Ensemble with the harpsichordist Michel Kiener and performed with Gustav Leonhardt while continuing to add to his expertise with Marie Leonhardt.

At the same time he composed his first works, which were soon recorded on a disc financed by the Government and the Canton of Geneva.

The cellist and viola player Christophe Coin asked him to be his musical partner by joining the Limoges Baroque Ensemble as solo violin.
At the age of 29, Gilles Colliard decided to spend most of his time performing ancient music and conducting.

He travelled the world, appearing at most of the baroque festivals as a soloist in the Leclair concertos accompanied by the “Giardino Armonico” at the Château de Versailles, the Limoges Baroque Ensemble in the Locatelli concertos at the Queen Elizabeth Hall in London or in Graun’s double concerto for violin and viola in the Kl. Berlin Philharmonia.

In 2001, Gilles Colliard was appointed as artistic director of the Ancient Music Department at the Toulouse Conservatory and developed a number of projects with the organization.
He conducted Monteverdi’s “Orfeo” and Lully’s “Bourgeois Gentilhomme” and, for the 300th anniversary of the death of Jean Gilles, presented his Requiem in St Etienne Cathedral.
He organized a number of colloquiums, mainly on the theme of rhetoric, inviting Jocelyne Chaptal, and worked with a number of dancers, setting up an ancient dance studio directed by Christine Grimaldi.

As 1st violin for the Ravel Quartet from 1996 to 2009, he directed the quartet’s repertoire towards French 20th century music.
The Ravel Quartet became the quartet in residence at the Evian Theatre for many years and completed several tours of Japan.

In 2004, Gilles Colliard was appointed as Musical Director of the Toulouse Chamber Orchestra.
He led the ensemble to every continent, performing in Japan, Brazil, New Caledonia and Argentina.

Since 2011, he has performed with the pianist Yoko Kaneko. In particular, he performed all ten Beethoven sonatas at a special concert in Tokyo.

He has also appeared in a Schumann programme conducting the Lamoureux Concert Orchestra, in a Händel programme with the Barcelona Baroque Orchestra, in the performance of his own compositions with the Wroclaw Leopoldinum Orchestra and in the Beethoven symphonies with the Bienne Symphony Orchestra.

Gilles Colliard has taught the baroque violin and viola d’amore in Master Classes at the Toulouse C.R.R. and conducted the Toulouse Advanced String Orchestra made up of the best pupils from the advanced instrumental centre (I.S.D.A.T) and the Conservatory.

Gilles Colliard has been the musical director of the Baroque Orchestra of Barcelona since 2015.

With regard to his work as a composer, his catalogue contains over 60 works and as many arrangements.

Gilles Colliard composes for all types of formations, from sonatas for solo instruments to works for orchestras and operas.
His opera “Le Mal des Ardents” was performed at the Limoges Theatre, his divertimento for violin and orchestra in Switzerland and his opera “Tistou” in France and Spain. His two concertos for violin have been performed by Régis Pasquier, his dances for orchestra by the Leopoldinum Orchestra in Poland, etc.
His double concerto for cello and piano was performed by Anthony Leroy and Sarah Moubarak, his concerto for piano by Bruno Rigutto and his trombone concerto will be performed next year by Fabrice Millisher.

For over ten years he has directed the Puymory Festival and the “Musique au cœur des moulins” festival.

Gilles Colliard has recorded a large number of discs (over 30), which often receive critical acclaim.